on April 07, 2013
I have not been able to write on this blog for some time now due to a traumatic loss that Donna and I suffered.  On March 8th we had to euthanize our Lab/Beagle Mix "Baxley" of two weeks short of twelve years.  God gave us Baxley in the beginning months of our work in Wilmington, NC.  I had always been a dog lover and Donna was warming up to the idea.  Many I know think, "he was just a dog", but to us and those that love dogs he was much more.  You see, children were not in the plan God had for us so Baxley filled that void.  In every sense he was our little four legged boy.  In the time span of one week he became anemic and was in need of an immediate blood transfusion before even being able to diagnose the cause of him losing so much blood.  To avoid a long road of pain and treatment that would yield such a low survival rate, we, along with the Vets recommendation, made that hardest decision we have ever had to make as a married couple, to let our son go. 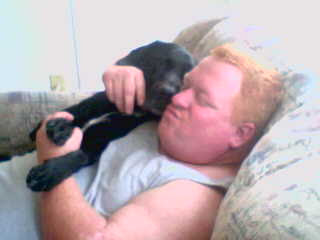 The days to follow would be the darkest I have endured in a long time.  Many friends and family members as well as people from our church were so supportive.  Cards, prayers, poems, phone calls, facebook messages all encouraged us.  I can remember on the Saturday night after Baxley's passing me being overwhelmed with the sense that I needed to pray because I had a full schedule of teaching, preaching, visitings, meetings etc. for that Sunday and I honestly thought there was no way I could go through with it.  Not to mention the text I had scheduled to preach talked about animals dying.  I remember falling to my knees with my head buried in the couch uttering prayers of desperation to my Heavenly Father.  I had not been in a place this low and dark in a long time.  The prayer was not pretty or eloquent.  I just said, "God, I cannot do it, I cannot go to church and act like I am ok when I am not.  The only way I will be able to is in Your strength and understanding because mine is gone.  I need you to hold me because I am done."

2 Samuel 22:2-7
2. The Lord is my rock, my fortress, and my deliverer, 3 my God, my mountain[a] where I seek refuge. My shield, the horn of my salvation, my stronghold, my refuge, and my Savior, You save me from violence. 4 I called to the Lord, who is worthy of praise, and I was saved from my enemies. 5 For the waves of death engulfed me; the torrents of destruction terrified me. 6 The ropes of Sheol entangled me; the snares of death confronted me. 7 I called to the Lord in my distress; I called to my God. From His temple He heard my voice, and my cry for help reached His ears.


You know, it has been awhile since I felt God's arms holding me up like He did during and after that prayer.  I sat back down to the computer to try and collect my thoughts for Sunday.  I went to Craigslist just to see what dogs were available.  I did NOT want a dog this soon after Baxley's passing.  Out of curiosity I submitted a few requests for more information.  Within 15 minutes of that prayer God had directed me to Mike and Amanda.  They were looking to give a way a Lab Mix puppy they rescued because they already had two dogs of their own.  These are the pictures he emailed to me. 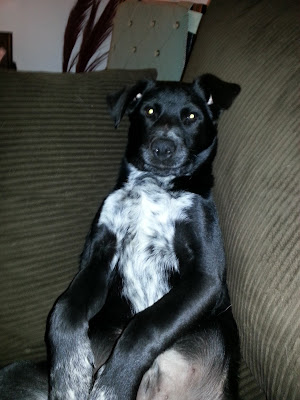 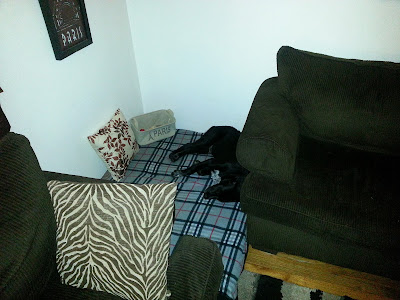 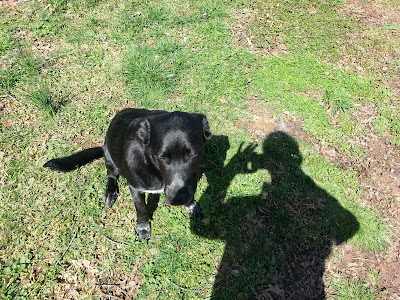 Once I saw the pictures, it was like God said, here is your next dog.  We went to meet Mike and Amanda not even knowing the dog's name.  They were a sweet college couple that were getting ready to graduate.  They had big plans for a career but knew taking three dogs would be costly.  They introduced us to Bruno.  We spent two and a half hours talking with them and playing with all three of their sweet dogs.  They told us how they rescued Bruno from a bad situation.  They had already crate trained him, got his shots, medications and potty trained him.  After the night was over, we knew that God had brought Bruno to Donna and I.  I cannot thank Mike and Amanda enough for taking care of this little puppy.  God used them to prepare Bruno for us.  I am always amazed to see that God is at work even when we do not understand or see Him.

Bruno has been with us for a month and already he has made a place in our hearts.  Do we still miss Balxey? Yes, Every day!  Bruno will remind us of things Baxley did but Bruno does have his own personality.  We figured the best way we could honor God for this gift and Baxley's memory was to love Bruno as our own.  We have enrolled Bruno in basic training classes.  Donna and I are having a blast working and walking together with Bruno.  It has taken me a long time to get to the point that I could share this with the world but please know everyone that showed their support, we could not have made it without you.  God used you to hold us when we could not stand. Now may I introduce Bruno to you! 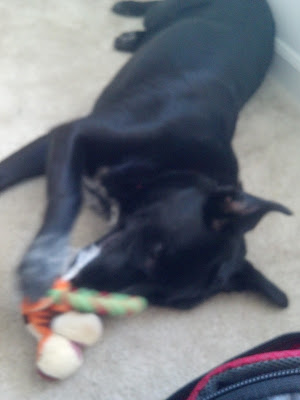 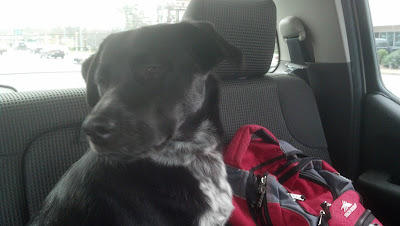 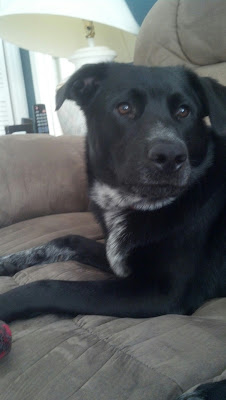 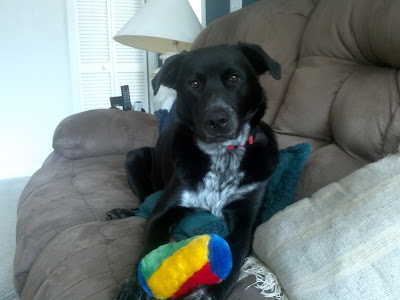 To read my wife Donna's words on this experience check out her blog post here. 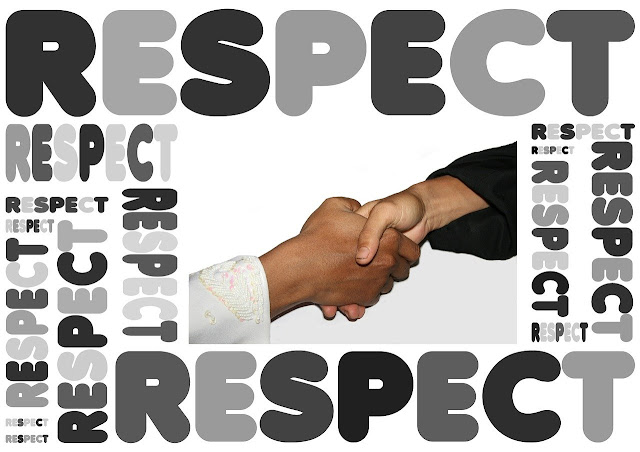