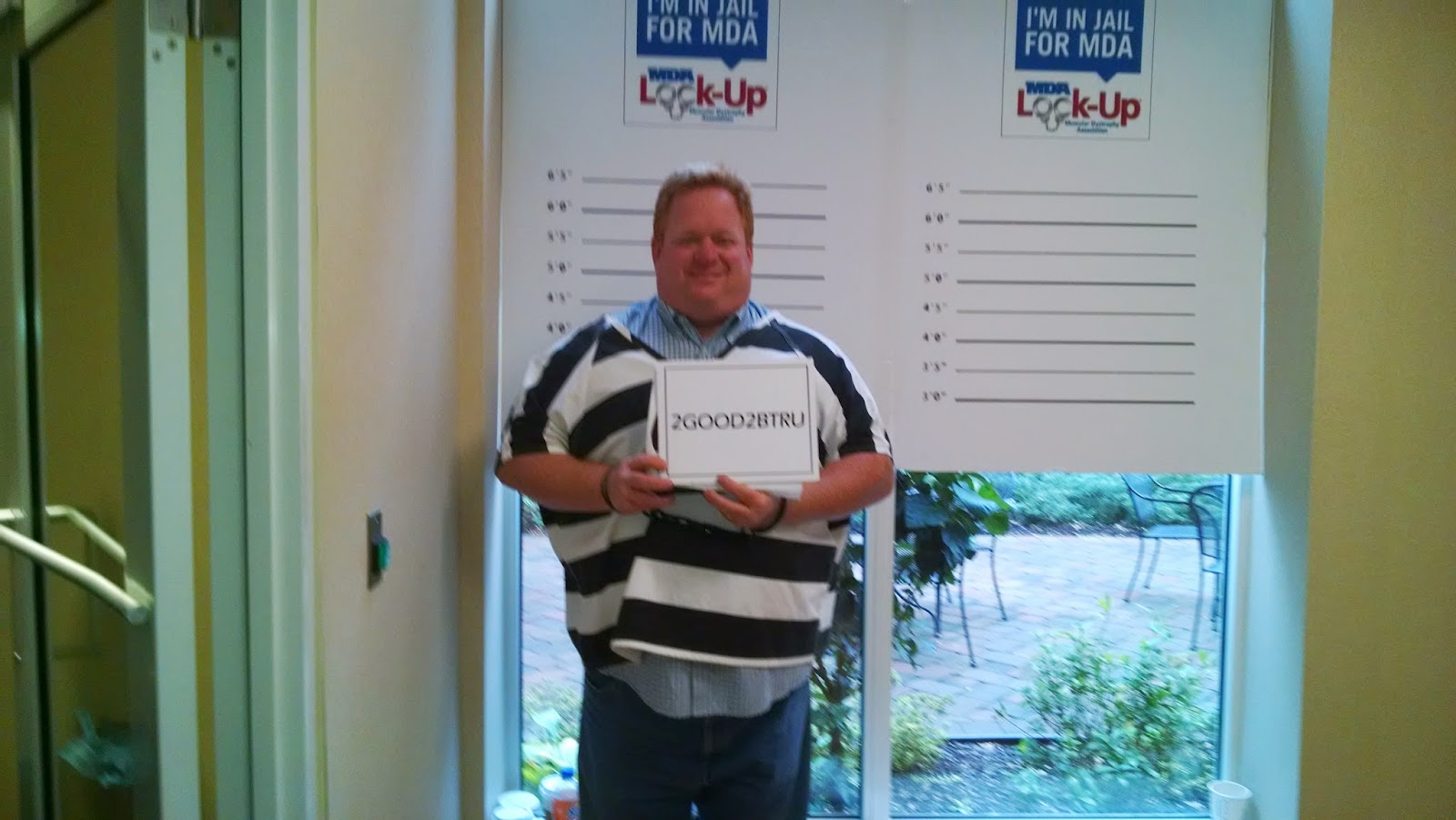 I wanted to take a moment to all those who posted bail for my incarceration to benefit Muscular Dystrophy.  All of the proceeds went directly to children here in Anderson, SC which enabled them to go to a Summer Camp structured specifically for them.  I have had the priviledge of meeting children and their families over the years who have been recipients and it melts my heart.  I treasure my friends and family that joined my passion for helping these children.  The lock-up event is over but if you would like to give, my page will remain active for 45 days for donations.

Ah, the smell of bacon and pancakes with Trot Nixon

While most were sleeping in on a Saturday morning, I had the opportunity to hear Trot Nixon share about his life and faith in Christ. I always knew that Trot was a GREAT individual, not only for his achievement but his heart and spirit. To hear him verbalize his faith and be able to say that he was empty inside even after winning the World Series with the Boston Red Sox was inspiring. To hear anyone proclaim that even the greatest experience is nothing unless it is filled with Christ just resonated with me this morning. If you wonder why, read my "Empty" Post. Brian Furtado and his Men's Ministry crew did an awesome job with this event. Our newly renovated fellowship hall was packed with people of all ages. One person even acknowledged becoming a Christian during Trot's invitation. I am so thankful to be a part of something on a Saturday morning that will make the difference in the lives of people for eternity. If you would like more information on the

I must say that I really enjoyed Transformers 2: Revenge of the Fallen . I was hoping for some great action and I was not disappointed. There were many transforming robots and great CGI fight scenes. They even used the whole "messiah" thing in the story line. I won't go into details in hopes of not spoiling anything. However, I was very disturbed by some comments that Megan Fox made to the press. She was asked what at first glance seemed to be a not so deep question. "If you could take Megatron to one side, have a coffee with him and talk him down from wrecking the entire world, what would you say? “God!” laughs Fox. “That’s a question I don’t have an answer for and I hate you for asking me that because I’m usually so prepared!”She considers. “I think I would make a deal with him and say instead of the entire planet, can you just take out all of the white trash, hillbilly, anti-gay, super bible-beating people in Middle America?” (source) (Clearing my thro